In a search to create the ultimate fantasy format, this week we make two changes that you need to know about before you assemble your team in the Monsters!

Maximum 3 players from any club
Maximum 3 players from a club used to be the standard, but this year Fanteam has experimented with unlimited number of players. However, Fanteam was not quite happy with the effects, and feedback from their users indicated that they felt the same way. As Fanteam likes to listen to its customers, it has now reversed our position back to the standard max 3 players per club. Spreading the picks over more clubs is more in-line with the spirit of fantasy, and this should be a popular change, affecting all football tournaments from now on.

Safety Net – someone is watching out for you!
This feature is brand new, never seen anywhere in the fantasy world. It works like this: If you have a player on your team that does not start the match, the system will pick a replacement for you. Three conditions must be met in order for a replacement to be carried out:

Note that If a player does not start the match, but comes into play at a later point in time, he will still be replaced.

Many feel it is difficult to predict line-ups, and fear they will end up with players that do not start. The Safety Net will help such users. In some cases there will just not be any replacement player available, but most of the time this feature will improve the playing experience, especially for new users.

The safety net will be enabled in all football tournaments from now on. Other sports will not have it, at least not now.

Still big money to be won in the Monsters!
The Weekly Monster keep running for full steam! As you may know, the winner of the €50,000 will typically cash out €4,600! If you want to be prepared for it, we recommend our GW7 preview, which is now up on the Fanteam blog.

Champions League season game promotion: Get free tickets to 50k!
It is still possible to late reg for the CL season game. Gameweek 2 starts on Tuesday, October 1st, at 18:55 CEST. If you enter a team before this deadline, you will get 40 points for the missed first gameweek, so you will not be too far behind. 40 points is 70% of the average result in gameweek 1. To give you an extra reason to enter, for each team you enter into the CL season game, we will give you a ticket to the €50,000 GTD Monster. Maximum 5 tickets per customer! Note: This offer is valid until Sunday night, 23:00 CEST. If you enter the CL season game after the Monster has started, your ticket(s) will be to the next week’s 50k Monster.

Watch the top fantasy players go head to head!
This week’s featured H2H is between the DFS’s pros awd2 and quirrel77. Awd2 is the best known DFS player in Russia and currently our unbeaten champion in the featured H2H’s. The challenger, quirrel77 has a big reputation in the German community. There is a lot of prestige on the line here! Additionally, if you have a favourite, you can bet on any of these two fantasy fighters in the sportsbook! 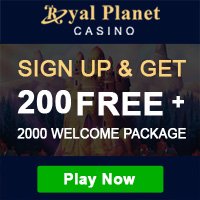